Overall majority of articles and news is positive with over 15+ interview requests for CPL and LSSE.

“Gem of a location”: Proposed pro soccer team thinks Prairieland Park is the place to be – Leader Post

Sask. horse racing community in shock after learning Marquis Downs will be permanently shut down – CBC 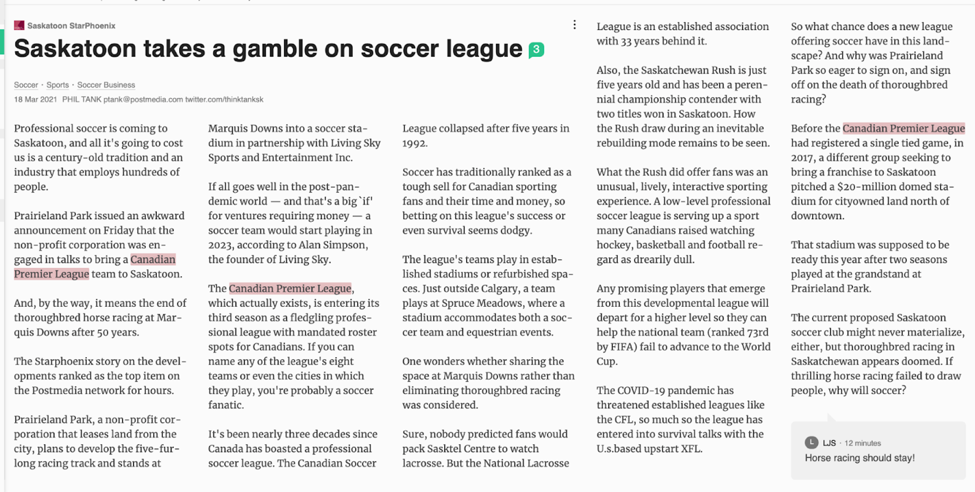 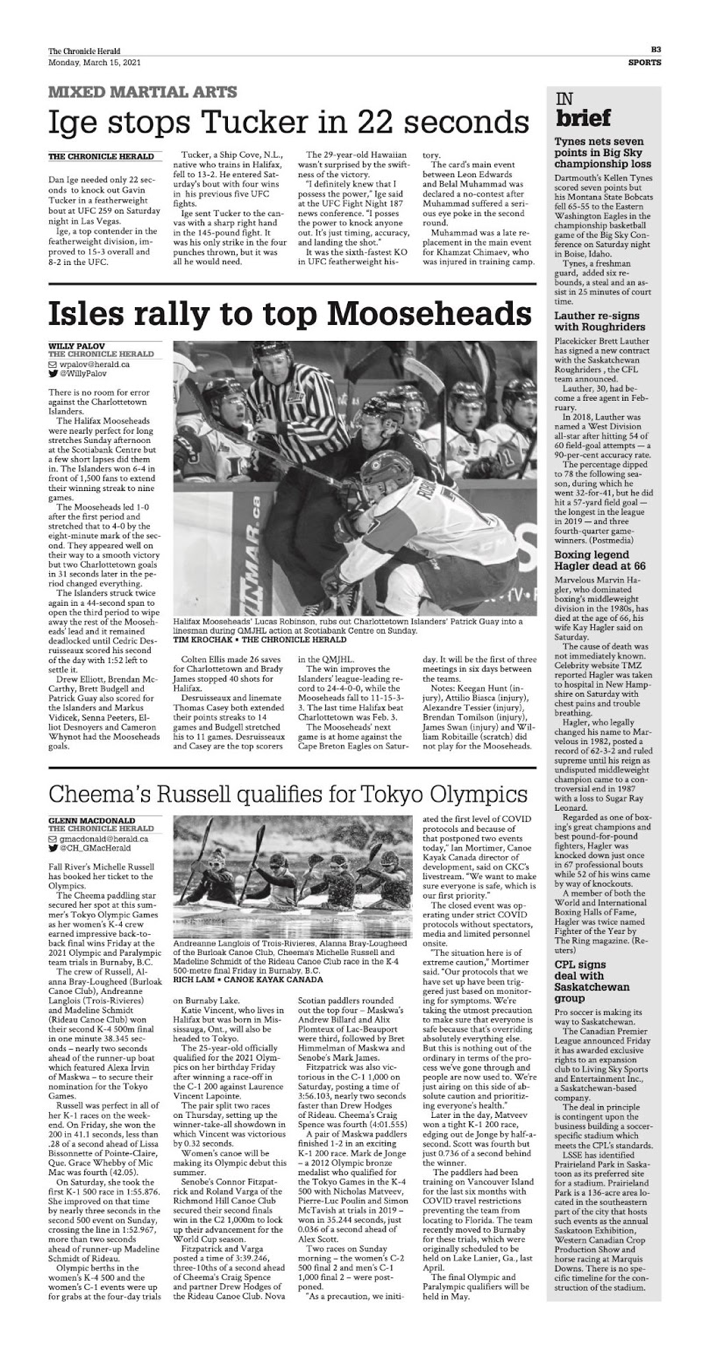 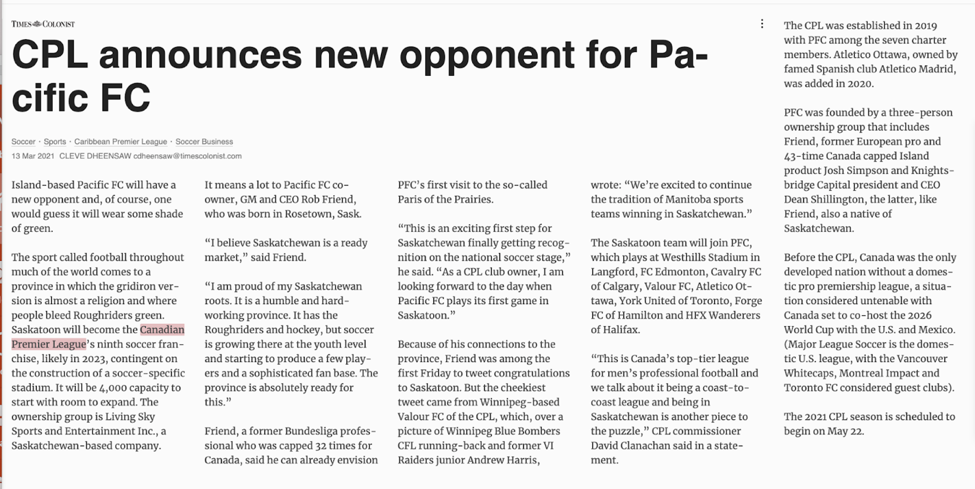 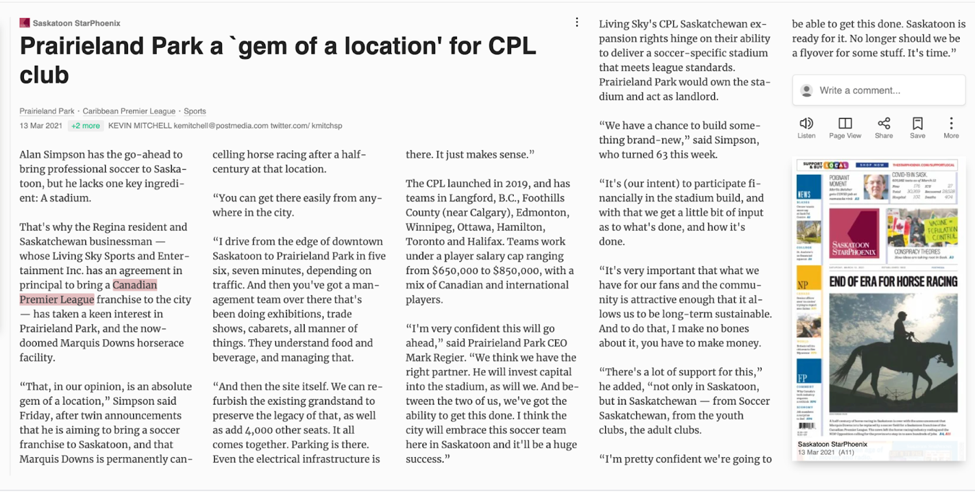 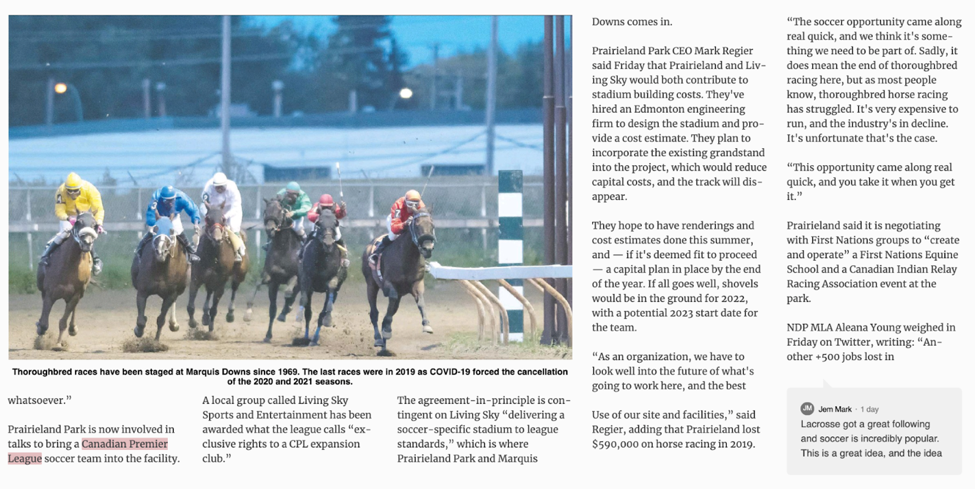 Want to join the discussion?
Feel free to contribute!

As you might expect, a pro soccer club needs a soccer stadium. At LSSE, our first job is to get that done. We are excited to have recently signed a Memorandum of Understanding with Prairieland Park to explore the refurbishment and development of Marquis Downs to a soccer stadium – ready for Saskatoon’s CPL pro soccer club and much more. Visit our Stadium Project page for updates and learn more. We will post updates as they unfold.

In the meantime, we invite you to share our vision and express your support.

Learn More and Show Your Support

Ballpark Stadium at The Railyards on Dewdney

The Regina Red Sox are a summer league collegiate team based in Regina, Saskatchewan with roots stemming back to the 1940’s. The club operates as a franchise member of the Western Canadian Baseball League playing a 56-game schedule during the spring and summer with 28 home games plus preseason and playoffs held at the ball diamond at Currie Field. Currie Field, a 60 year old venue is no longer suitable for the continued success of the Red Sox. And as such, the Red Sox and LSSE have entered into an MOU for the development of a ballpark stadium at the rail yards on Dewdney Ave.

We invite you to share our vision and express your support.

Learn More and Show Your Support

Here’s why a pro soccer team could thrive in Saskatoon

Show Your Support and Win!
Scroll to top